Near and Dear to My Heart

I’d like to take a little time to write about something that is near and dear my heart.  For those of you that guessed my lungs – spot on!  For as long as I can remember I’ve been an asthmatic.  For those of you that are afflicted with this  disorder or know someone close to you that is, you know how dangerous and life-altering it can be.

According to the American Lung Association, there are millions of Americans, of all ages, who suffer from this lung disease that makes moving air in and out of your lungs harder than the average breather.  Unfortunately for those of us who do suffer from asthma, there is no cure, but it can be managed.  I’m not going to go into detail on how you can manage your asthma better or what the websites and doctors tell you to do to increase your quality of living.  Any asthmatic knows all that already.  And for those of you that don’t suffer with it, you won’t ever truly understand how horrible it can be.

I don’t say that to be mean or insensitive, it’s just the way I see it.  I know that when a loved one has to watch someone who is suffering from an attack, it can be scary, not being able to help.  But trust me when I say for those of us who are having the attack, it’s downright terrifying. 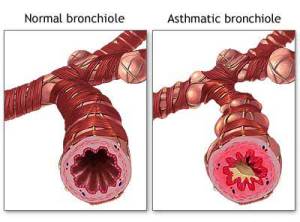 Case in point, I had one of the worst asthma attacks in my 34 years of life about a year and a half ago.  It was in fact so bad that I ended up in the hospital.  But I am jumping ahead.  What does it feel like you may wonder?  It starts out as a shortness of breath.  You can hear and feel yourself starting to wheeze and it become harder to get air into your lungs.  As the attack increase, the pressure to your chest also increase.  It’s as if your entire chest is in a vice and someone is slowing turning the vice to make it tighter.  No matter how hard you try to get oxygen in, you can’t.  It was the first time in my life that I actually thought I might stop breathing.  And when you get to that point, actually long before you reach that point, panic has set it.  Nothing amps up the problems like panic can.  So as we raced towards the hospital all I could think about was, does he know CPR if I stop breathing and ‘God, I hope he doesn’t wreck the truck if I stop breathing.’

How’s that for scary?  Am I any better off than I was then?  Sure, the attack is over but that doesn’t mean I won’t have another one.  Part of the solution is knowing what triggers it and trying to avoid those things as best as possible.  Allergies, dust, dirt, grass, hay can all trigger an attack.  Does this mean that I get out of doing the vacuuming and dusting?  Not so much, but it was worth a try. 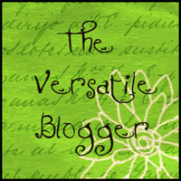